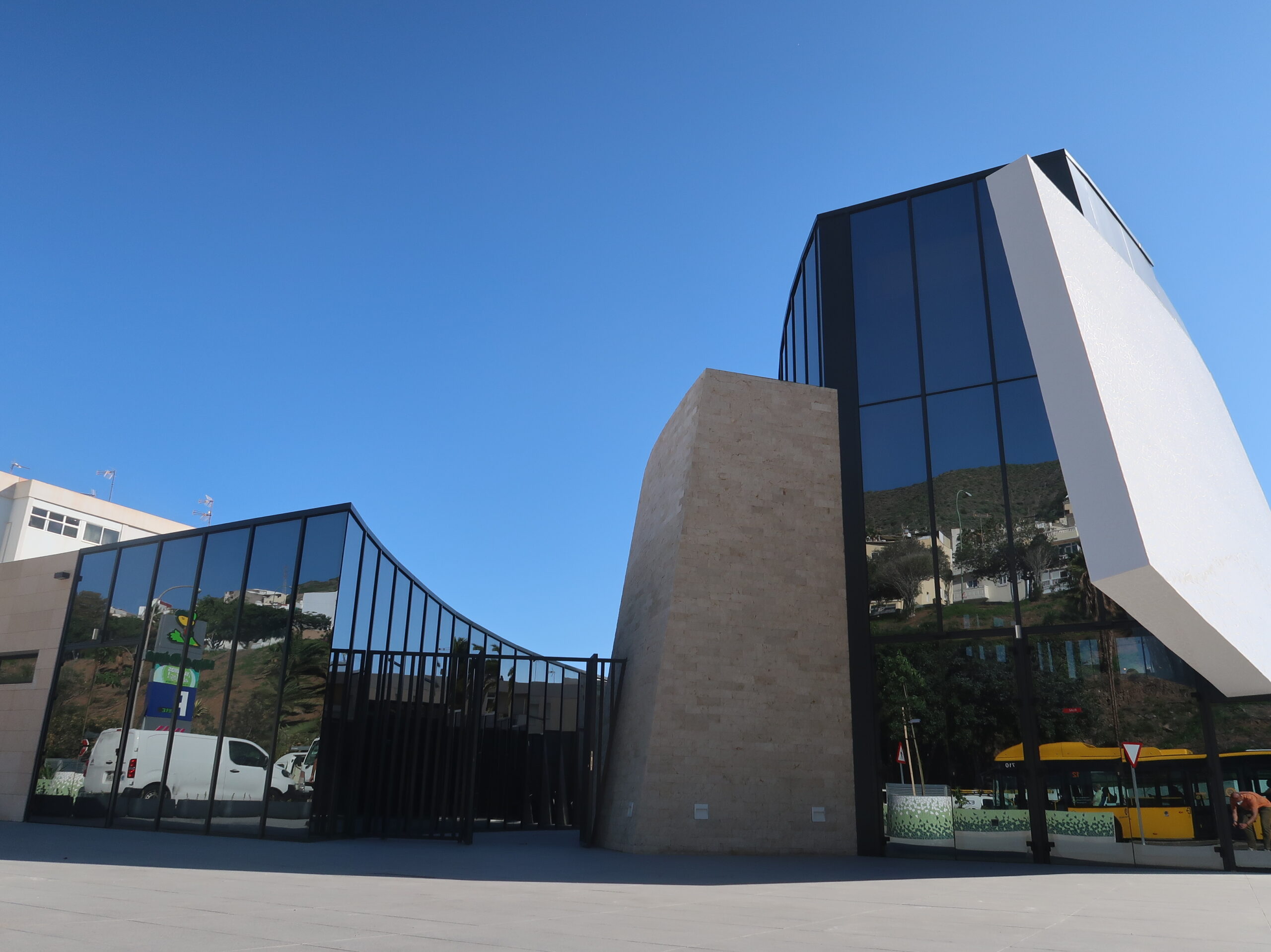 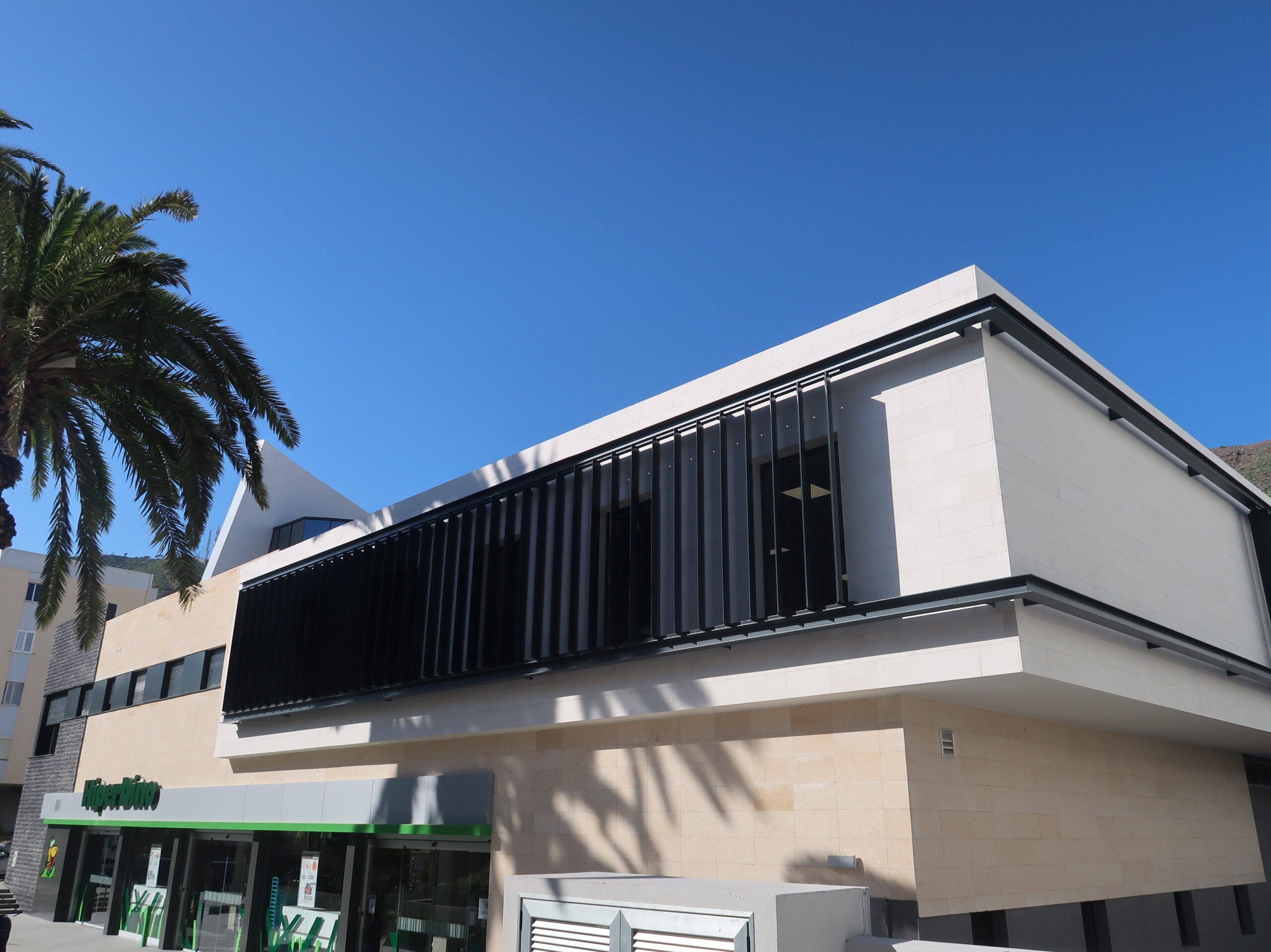 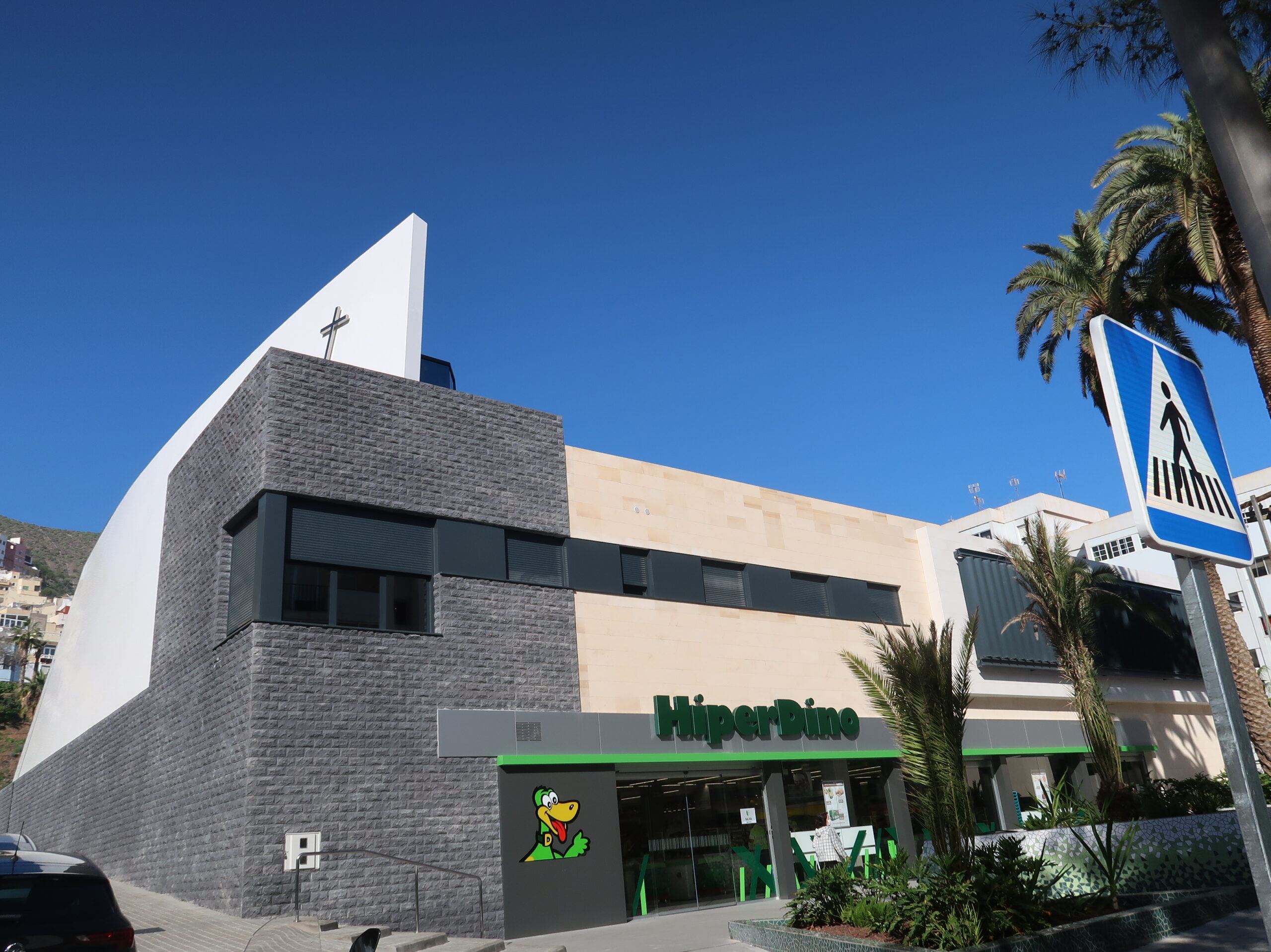 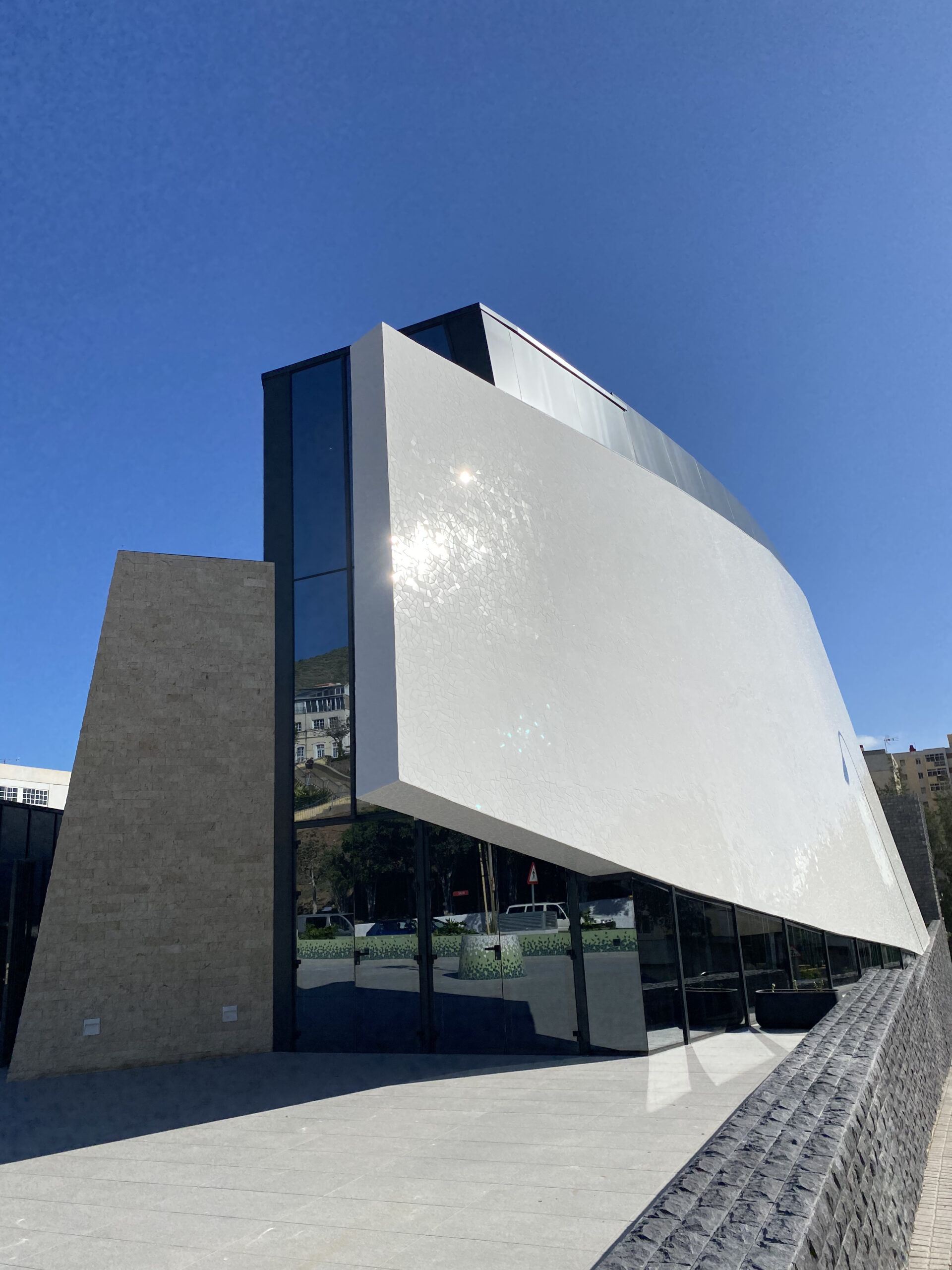 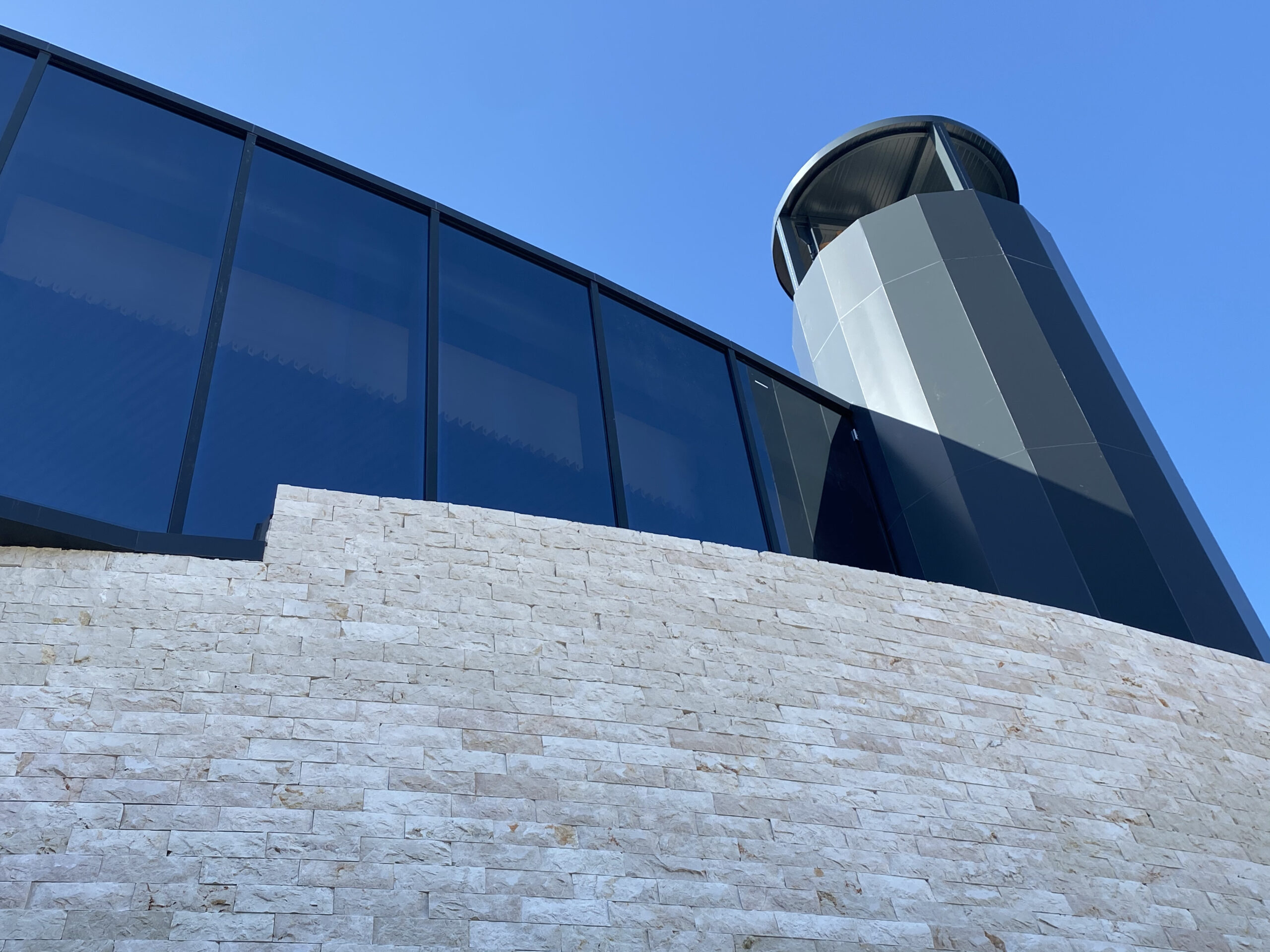 The Hiperdino group carried out the construction of a new supermarket in the San José neighbourhood in Las Palmas, on land owned by the Diocese of the Canary Islands that used to house the church in this neighbourhood. As a result of this agreement, the construction of a new church was also carried out,  in which Dressler Aluminium collaborated.
On this occasion our client was Preconte Obras y Servicios, and the design and project management was carried out by Elías Cabrera Jiménez.

Several Cortizo systems were used, including the COR60 concealed leaf with thermal break, COR2000 and TPV52 for the curtain wall. It should be noted that in this project motorised curtain wall projecting windows were used, which were installed in the upper part of the chapel to ensure adequate ventilation of this space.